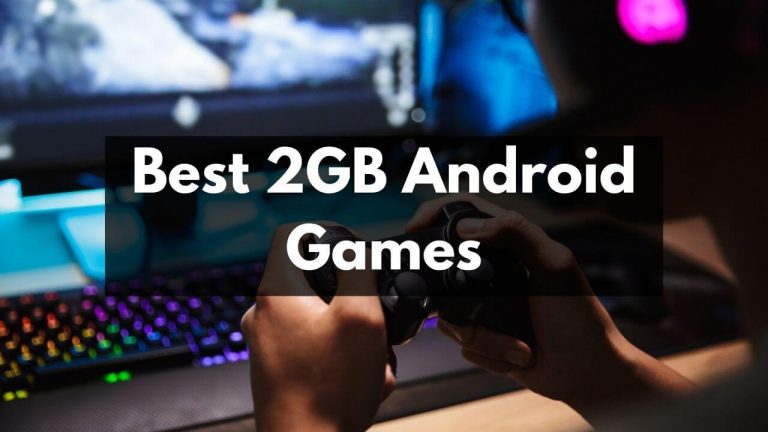 Are you looking for big-size games for your Android mobile? If yes then you are at the right place. Here we will share the list of 2GB Android games. You should know that we already shared a 1GB Android games list. I hope you checked that list.

After making a big android games list, I got many requests to tell the biggest size Android game. That’s why I planned to write 2GB Android games. In this list, You’ll get less and above 2GB size games for Android devices.

I would also recommend you to check my previous list of 500MB Android games and if you want low-size games then see 100MB Android games. You should follow our Android game categories for more Android games. We used to update the games for Android. If you have a higher than 3GB RAM mobile then you should install 2GB games otherwise don’t try.

Below is the best 2GB android games. All games are free with in-app purchases. (Means, If you want to remove Ads and Get some extra features then Pay money otherwise use them Free. Do you know you can earn play credit easily?). Let’s see Android games above 2GB in size.

Call of duty is a mind-blowing action game for Android users. They provided iconic multiplayer maps to pay and modes anytime anywhere. It is provided by Activision Publishing, Inc. COD is downloaded by almost 100M+ users, and the average review 4.5 stars. Now, You can understand its popularity.

Order & Chaos 3D online game is a massive multiplayer role-playing adventure game. There are thousands of players online to play and enjoy with you. Just make a team with your friends and explore the wonderful world of 3D games. Gameloft is the creator of this game. Till now, It is downloaded by 1+Million people and collected 450k+ reviews on an average of 4.3 stars.

Batman is an adventure game that you should try if you want to play Android games under 2GB. This game is published by Telltale Games. You should know that 500k+ people have downloaded this and 11k+ people reviewed this game 4.2 stars.

Gangster Vegas is a mind-blowing action game by Gameloft. It is a massive open-world game full of shooting, racing, boxing & crazy gang stories. You can discover each TPS action mission, secret collectible, racing challenge, and grand theft, etc. 50+ million Android users downloaded this, and 5+ million people given 4.5 stars an average.

CSR Racing game 2 is one of the best drag racing games of all time. Here you race your way to the top of the leaderboards in your custom supercar. NaturalMotionGames Ltd developed this game. Till now 10M+ installed this big Android game and 3M+ game users rated 4.7 stars.

Rules of survival is an action game. You have never seen battlefields like this. Rules of survival arena game, where the deathmatch has now been raised to a thrilling epic scale. It is now played by over 200+ million people worldwide.

So, These were a 2GB android game. You can consider them a big game in the play store but there are a lot of Android games above 2GB in size. I hope you also like the big Android game list after appreciating the 1GB Android games